The Elgean Republic, the Non-Aligned Alliance Movement and the Illyriad Trade Union

bringing democracy to the world of Illyriad 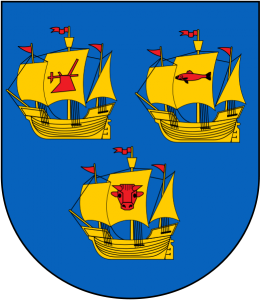 The crest of the Illyriad Trade Union

Introduction: What is the Illyriad Trade Union?
The aim of the Illyirad Trade Union (ITU) is to create an additional trade platform and connect different alliances and players. Alliances can become an Institutional Members. Players can become an Union Members. After the foundation of the ITU one of the most spectacular festivities Illyriad ever saw has been celebrated. There have been days of celebrations including a huge tournament, bewitching magic-elf-music, freaking intoxicants of the surrounding jungles, ten enormous roasted elephants on pikes, fried giant spider eggs, troll soup, gently roasted goblin drumsticks and crispy giant beetle babies to amuse all the participating lords. We are sorry that all dwarfs that tasted the fried giant spider eggs became sick and ensure that we were not aware that they are slightly poisonous for dwarfs. The Old Republic is planning to intensify relations with other alliances by forming other Unions (see here). There will be even more spectacular events when the defence union will be formed. All questions you might have now should be answered in this and the following post. If your questions are not answered you may contact Janosch in-game.

What are the benefits of the Trade Union?
The Idea is to create a trade platform to enhance trade and friendly relations among alliances and players. A lot of benefits of this union will be relevant only if T2 and pathfinding is implemented. Other benefits will evolve later (e.g. some members are thinking about the foundation of a bank). The Trade Assembly shall serve as forum for players and networking. It is also possible to trade things you could not trade in Illyriad until now, like information, diplomatic or military operations, magic, credits, good settlement locations or whatever you can think about. It is also possible to negotiate long term trade contracts (trade a certain amount of clay/food every week). What else?

How does trading work?
See rules and a brief explanation here.

Can I join? How do I join?
Yes! Click on the link, if you want to know how to join either as Institutional Member (alliances) or Union Member (players). Everybody is very welcome to participate!

Some other helpful links:
Introduction of member alliances.
Treaty of the Illyriad Trade Union. 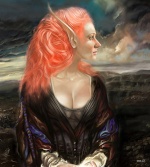